So at this point I have to rewind right? The nature of this adventure didn’t lend it’s self to being easy to document, and since it was much shorter than the last, by about 49 days, we’re pretty much forced to talk about it in hindsight. So here we go…

We started emailing Timmy back in March, but each response seamed to take weeks, if not months. It was almost like he knew just the right amount of emails, and how often, to keep me with a glimmer of hope in my eye. If you read the posts on the bike trip you’ll know I operate on that anticipation program that keeps me going, but I’m not sure why this particular thing seemed so important. All I know is that it sounded crazy so I didn’t want to give up on it.

By the time July and August rolled around I had pretty much given up, but wrote one more email, and like clockwork, Timmy wrote back. He was in Tanzania with a doctor friend of his. He was getting ready to climb up Mt. Kilimanjaro and he’ be back on the 26th of August. When an email came back from Timmy the texts would immediately start firing back and forth: 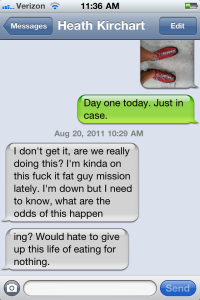 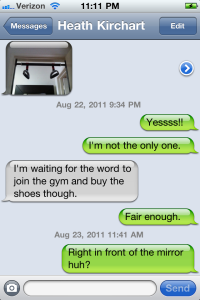 So on the 29th I wrote him (my email is below his in blue) and got this gem back: 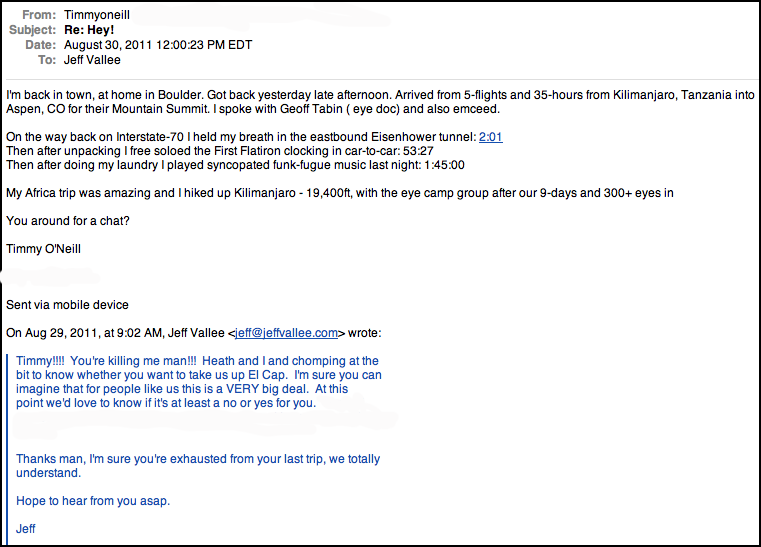 I read it a few times in disbelief and then sent it off to Heath for a laugh. I thought “alright, we’re not doing this with someone boring, but this guy might be insane.” Two days later I got a text. It was on. We’d leave in two weeks and pick up Timmy at the Trader Joes in Fresno at 2pm on the 15th.

One thought on ““I don’t get it. Are we really doing this?””