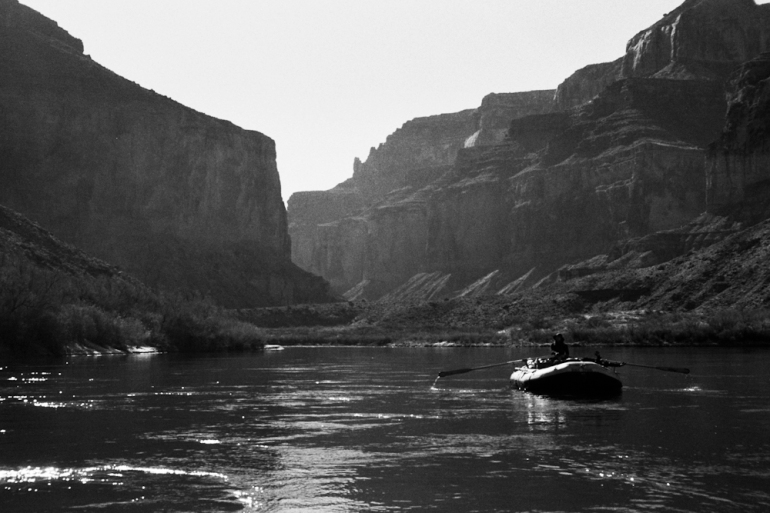 Every day and every night we scrutinize the map and try and plan our day as well as mentally prepare ourselves for things that may bring on the nerves. It’s safe to say that you would be a very strange kind of lost without the map because you wouldn’t know 1) where the rapids were and 2) what mile marker you were at. The first one is a bummer because you couldn’t get that recommended advice on how to run a rapid. One of the biggest surprises of learning how to run rapids is that you can’t see a damn thing as you approach one. I’m sure you can imagine that a rapid is usually in a place where the river loses some elevation, so the rapid essentially looks like a waterfall. You just see the water end and a couple of splashes, but no real features are visible until you’re pretty much on top of them. I guess you could scout every rapid, but then you’re looking at tons of time lost and then you’re off schedule, and that leads me to the next reason for the map, mile markers. If you don’t know how far you’ve gone, you’re pretty much fucked. We had a scheduled day that the rafting company was going to pick us up, but if you have no bearings, then you don’t know if you’re 50 miles way or 150 miles away.

Well, as you know, we lost one of the two copies of the map back at the treacherous baby rapid, but what you don’t know is that days later I tried to toss the map to Ben in the other boat when he wasn’t looking and it sank to the bottom like a rock. It turns out they don’t make rafting maps out of something that floats.

“WORST….THROW…..EVERRRR!!!” were the exact words that came out of Heath’s mouth. At first there were some nervous laughs, I know at one point John said something simple like “why would you do that?”, and then everyone had a nice chance for some inner dialog slash freaking out. To be honest, it takes a few minutes to realize what a big deal it is not to have a map, so everyone was cool at first, but you could see people’s gears turning and slowly realizing how this would change the trip. “Well, no more cheating I guess.”

5 thoughts on “Worst Throw Ever”