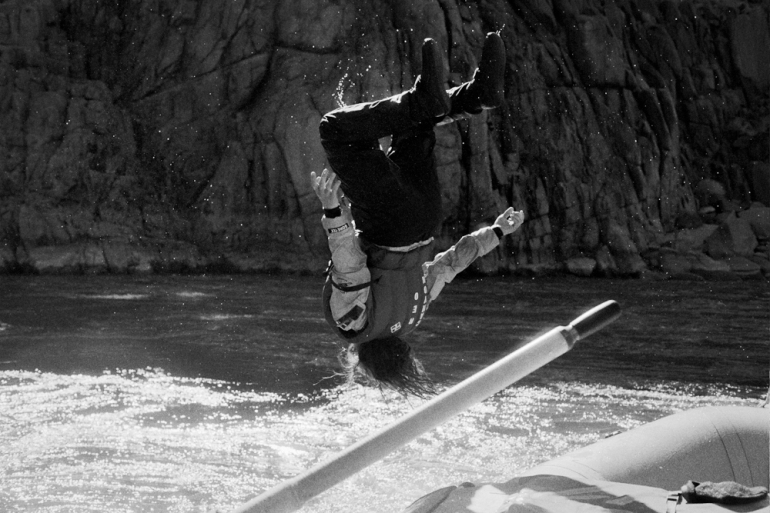 Back in the fall I called Heath and said I didn’t wan to go rafting anymore…not kidding.  It sounds insane now, but back then we really had no idea what this trip would be about.  I kept picturing us wet and cold for over two weeks straight and it didn’t sound like an ounce of fun.  There were so many times on the bicycle trip where you would think “why the hell am I doing this?”  I didn’t want to willingly put myself  in that situation, with no break,  just for the sake of saying I did something.  The things I suffer for have to be fun at least part of the time, otherwise what’s the point?  When people write me and want advice on how to bicycle across the country, I give them a few pointers, but I always mention that they’d better find some fun shit to do along the way or else they just signed up for a job, a job riding a bicycle.  But on this job, instead of getting paid, you work hard every day and at the end you get out your checkbook and write the words “five thousand dollars.”

Well, several weeks went by after the call, I’m listening to a song and all of the sudden I think “Are you serious?  Get off your ass and go battle the canyon man!”  I love what I do for a living, but at the end of the day, I live for life stories, not work.  If I have something to obsess about and look forward to, then every day has a purpose.  The song is called “Remember the Mountain Bed” by Billy Bragg and Wilco and it’s almost entirely about something completely different, but there’s this line, and the line basically called me a pussy to my face and said “call Heath and tell him you’re an idiot”

When I paid attention to those words, in a song I’d heard so many times, I realized that this trip was the first time that we’d do something that was truly adventurous and I wanted back in.  I wanted to not have a good safety net.  I wanted to not know what was around the corner, and I wanted to be forced to navigate on my own without a damn iPhone for christ’s sake.  Riding a bike for two months is rad, but when you can stop and eat corn dogs at gas stations whenever you want, it takes some of the grit out of it.

Wait, I take that back. Riding a bike 3,300 miles on mountain dew and corn dogs is gritty. Isn’t it?

When I think of the ultimate adventure, I think of things that have to do with with water.  Water is the most beautiful thing in the world and also the most brutal thing in the world, so it makes for the most amazing bitter sweet relationship on Earth.  There aren’t too many things in life where the same thing that brings you the greatest pleasure is also the thing that can come the closest to killing you.  Think Truman and Lt. Dan. (click here or here)

I’ve mentioned how important music was to this trip, and at one point I even filmed my exact viewpoint from the front of the raft for 4 minutes while I listened to my favorite Bob Dylan song, but it didn’t do it justice, it’s just wasn’t the same. Just take my word that when you lie on your back looking at those giant stone walls slowly passing by and listing to “Don’t Think Twice It’ Alright”, it’s right up there with the greatest bed you’ve ever slept in and the greatest steak you’ve ever eaten.

(don’t pay attention to the rat race in this video)

So that was it, that’s all it took, a song. The rest is history now and I can safely say that Timmy was right, it is the best thing on the planet.  I don’t think I’ve been so into a  trip from beginning to end ever in my life, usually there’s at least a small part in there somewhere where you’re over it and you just want to go home.  There was some of the greatest scenery I’ve ever witnessed, some thrill seeking mixed in, good food, shitloads of laughs, and almost no other human beings around to spoil it.  I’ve already re-entered the lottery and I can’t wait to go back.

I have no idea of what we’ll do next, or if we’ll ever do this whole thing again, but one day I’m fulfilling my life long goal of sailing across the damn Pacific Ocean if it kills me.  Heath is well aware of this idea and is apparently down for it.  One day via text he asked me how much a sailboat costs and told me he doesn’t want to cut corners because “if I’m gonna die on this thing I want it to be nice.” 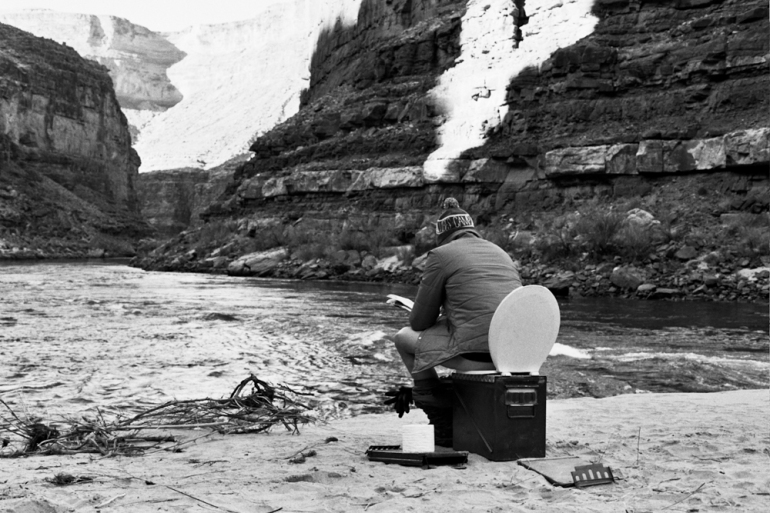