When people take headphones wherever they go, I can appreciate that.  It means that they’re the type of person that knows that you always have the opportunity to play a soundtrack to whatever you’re doing. Those people I can get down with.  Those types of people allocate songs to specific memories and catalog their life by them, so do I.

The reason I bring it up is because music plays a huge role in how these trips stick in my memory and how I enjoy them way more while doing them.  Up on El Capitan we played music after we finished climbing each day and that’s included in some of strongest and fondest memories I have.  In the raft when we’d push off from shore to start our day, I don’t think we’d go 100ft without getting the music out.  One morning in particular John queued up some Neil Young and it was the exact thing we needed to hear at that exact moment.  It’s quiet… the water is smooth…and this song comes on:

These pictures are pretty much status quo. One guy works and the other guy goes on a mental retreat for the next hour. People pay a lot of money to go on wellness retreats, but all you have to do is plop yourself in the Colorado, bring some Bob Dylan and you’ve got yourself 16-18 days of “wellness” at your fingertips. We rowed up on Heath and Ben one morning and they were hugging the far bank where the sunlight was. While Ben basked in the warmth and music Heath explained why he was so far off to the side “My baby like the sun.”

On the last trip, one song in particular became the anthem of the two of us going up El Cap.  Heath mentioned while we were up there that there was this perfect Pink Floyd song, it must have been on a dead iPod because we never got to hear it while on the wall. But when we got back, had eaten our dinner, drank our beer, and were headed to bed, Heath walked up and just handed me his iPod and headphones without saying anything. “Fearless” was queued up, ready to go, and he just left me to it so I could soak it up. I listened and thought “holy shit. These lyrics are right the fuck on.”

You say the hill’s too steep to climb. (chiding)
you say you’d like to see me try. (climbing)
you pick the place and I’ll choose the time,
And I’ll climb the hill in my own way, just wait a while for the right day
And as I rise above the tree-line in the clouds
I look down hearing the sound of the things you’ve said today.


Every night you climb into your tent, slide into your sleeping bag, roll your jacket up into a pillow, and put your headphones on.  Sometimes on trips like this you’re so exhausted that you only last half of a song before you fall asleep, but it’s two of the best minutes of your day.  I purposely leave the rain fly off my tent, stare up at the stars and play the same two or three songs every night…

…then wake up four hours later with my headphone cord wrapped around my neck like a noose thinking “where the fuck am I?” 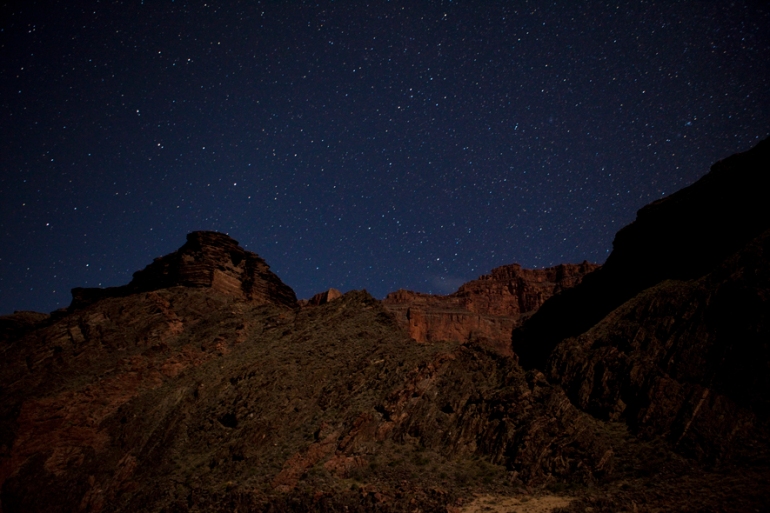 9 thoughts on “Music on the Raft”